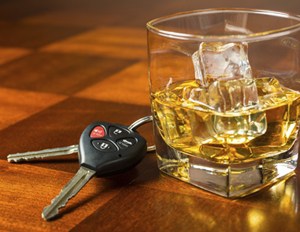 Each year, drunk drivers are responsible for the catastrophic injuries and deaths of thousands of people throughout the U.S. Delaware Highway Safety officials report that the state saw a 20 percent increase in traffic fatalities in 2014 over the previous year, with 125 deaths in 2014. With 46 percent of those fatalities resulting from impaired driving, these figures are disturbing because they could have been prevented if those who decide to get behind the wheel after having had too much to drink would consider the consequences of their reckless actions.

People who have been injured in an accident caused by a drunk driver may be able to file a civil lawsuit against the responsible party in order to recover financial damages for their injuries and losses in the accident. At the law firm of Silverman, McDonald & Friedman, our Wilmington auto accident attorneys are here to help you recover financially for your injuries, your property damage and lost time and income from work. If you were hurt by a drunk driver in Delaware, contact us to schedule a free consultation at one of our offices in Wilmington, New Castle or Seaford.

What is being done to stop drunk driving in the United States?

Alcohol is one of the major factors in traffic accidents in the U.S. The National Highway Traffic Safety Administration reports that 2016 saw an increase in alcohol-related fatalities, with a total of 10,497 drunk driving-related deaths that year. In total, they accounted for 28% of all fatal crashes that year. In Delaware, we had 37 drunk driving-related fatalities in 2016 – about 31% of the total number of fatal vehicle accidents that year.

Nationally, motorcycle riders who were involved in fatal crashes stayed just about the same: 2016 saw 1,351 fatalities, an increase of one death. Fatalities involving commercial truck drivers increased by 50.9%, the greatest jump of all categories.

Given these alarming statistics, there is a constant effort on the part of the government to focus attention on discouraging Americans from getting behind the wheel after they have had too much to drink. The NHTSA is working with the National Center for DWI Courts to develop new ignition interlock guidelines. An ignition interlock device requires drivers to blow into a breathalyzer-like device to prove that they are sober before the vehicle will start. The National Transportation Safety Board (NTSB) has recommended that all first-time alcohol-impaired drivers should be required to have an ignition interlock device installed in their vehicle.

No dram shop law or liability for social hosts in Delaware

In an effort to make those who sell and serve alcohol more careful about how they serve their drinks and to whom they sell them, 42 states and the District of Columbia have case law or enacted laws which hold commercial liquor servers liable for the damage, injuries and death that result when their patrons drink too much and then get behind the wheel and drive. These are called dram-shop laws, which can become the basis for a statutory cause of action when it was apparent to the server that the individual being served or sold alcohol was already intoxicated to the point of being a danger to themselves or other people, and that the intoxication of the person who was being served was the cause of the damages the injured party suffered.

While it is against Delaware law for a business to sell alcohol to an individual who appears to be intoxicated, it also shields businesses from liability for damages as a result of the actions of the intoxicated person. The party who was injured by the actions of the intoxicated person would have to take legal action against that person directly rather than against the vendor that supplied the alcohol that got the person drunk.

An individual who has suffered an injury in a drunk driving accident may seek damages available in civil injury claims such as:

There is a two-year statute of limitations from the date of the injury in Delaware for filing a personal injury lawsuit.

The relatives of an individual who was killed in an accident caused by a drunk driver may be able to file a wrongful death lawsuit. In addition to the same damages available for a personal injury claim, a wrongful death claim may be available depending on the facts of the case. Punitive damages are intended to punish reckless and malicious behavior and to act as a deterrent to any kind of similar behavior in the future, however, punitive damages are considered only on a case by case basis.

Your life has already been shattered by the trauma of having been in a drunk driving crash. You can feel confident when you are working with the skilled personal injury attorneys at Silverman, McDonald & Friedman. We devote personal attention and professional diligence to every interaction with our clients. You can be assured that we will not rest until we have secured the best possible settlement for you.

We protect your rights to fair compensation after an injury

If you have been injured in an auto accident caused by a drunk driver in Delaware, the knowledgeable attorneys at Silverman McDonald & Friedman fight to protect your legal rights. We diligently pursue the best settlement award possible.  You may call us at 302-888-2900 or complete our contact form to set up your initial consultation. We maintain offices in Wilmington, New Castle and Seaford for your convenience.