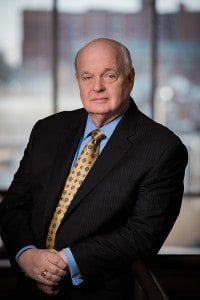 Robert C. McDonald was born and raised here in Delaware. He joined forces with his partners to create Silverman, McDonald & Friedman in 1999 in order to focus his efforts on helping people in need throughout the state. Attorney McDonald is a retired Lieutenant Colonel with the Delaware State Police and a former commercial aircraft and helicopter pilot, though if you look up on a clear day you might find him buzzing around above you. When not in his office or in a courtroom, you might find Attorney McDonald volunteering in his community with the help of his family.