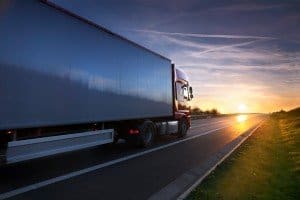 At Silverman, McDonald & Friedman, our truck accident lawyers fight to hold truck companies accountable for your pain and suffering, medical bills, lost wages, disfigurement and for the death of a loved one. Call us in Seaford, Newark or Wilmington today.

A story in Trucks.com on October 2, 2018 stated that the Insurance Institute for Highway Safety (IIHS) is working to make truck underride guards better and safer.

One of the unique dangers when a car collides with a truck is that the car might slide under the truck crushing the car and killing or catastrophically injuring the car driver and passengers. According to the IIHS, in 2016, 424 of the people killed in 2,056 large truck crashes they studied died when their vehicle collided with the rear of a large truck. A 2010 IIHS study, using a small sampling of rear-end collisions, found that 82% of the accidents involved a vehicle underride.

The IISH, safety advocates, and the insurance industry are pressuring truck companies to use quality underride guards which are designed to stop cars from getting stuck under the trailer. The push includes a safety test and certification program called Toughguard. The test “evaluates the strength of trailer underride guards.” To pass the test, trailers must have good enough underride guards that prevent a midsize car from riding under the truck.

In each test the midsize car goes at 35mph and heads towards a parked semitrailer. The following three modes are examined:

The rear underride guards need to prevent cars from sliding under the trailer and also be strong enough to withstand the impact of the collision.

Some of the truck companies that now pass the test include:

80%of the trailers on the road today are made by these companies.

The IIHS, which has conducted vehicle crash tests for years requested that that the National Highway Traffic Safety Administration implement stronger requirements for underride guards in 2011.

Congress created a bill called the Stop Underrides Act of 2017. While it has bipartisan sponsorship, the bill has not become a law yet. The Act would require that trucks have underrides in their front and on their sides. The bill also seeks to have tougher rear-guard standards.

There are many steps truck companies could take to protect their drivers and the driving public. Many steps should be taken voluntarily without pressure from safety advocates. When truck companies fail to spend the extra money necessary to prevent serious trucking accidents, they should be held accountable. Large jury verdicts and settlements are a strong way to send messages to truck companies that a small investment is better than the loss of lives or causing permanent or serious injuries.

Speak with a strong truck accident attorney as soon as possible

To speak with an experienced truck accident lawyer in Wilmington, Newark, Seaford, or surrounding areas, please phone us today at 302-888-2900 or fill out our contact form to request a free consultation.

Attorney Jeffrey S. Friedman joined Silverman, McDonald & Friedman in 2001. He graduated from Widener University School of Law, and is admitted to practice law in Delaware and Pennsylvania, and in several Federal Circuit courts. He areas of concentration include auto accident and workers’ compensation cases. Read more about Attorney Friedman here.