Construction sites and other roadside work zones are not new annoyances to Delaware motorists, but the etiquette and safety measures one should practice around them seem less widely-known. If you are injured in a work zone accident in Delaware, Silverman, McDonald & Friedman is here to help. Contact us in Wilmington, Seaford or Newark to schedule a consultation with an injury attorney. 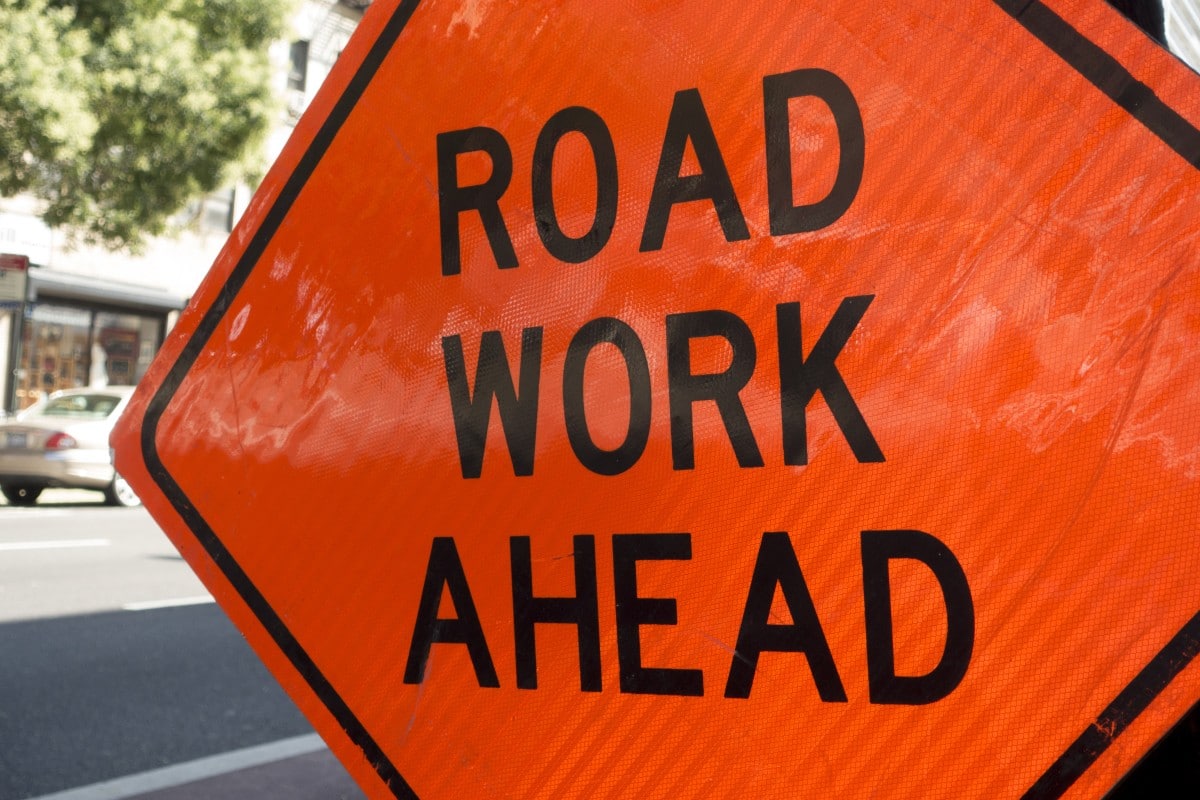 In a work zone, accidents can have results even more tragic than on open roads. The tighter spaces, obstacles, and workers moving freely on foot mean drivers need to be as alert and careful as possible — especially around the other cars they follow.

How dangerous are work zones, really?

In 2019, there were almost 850 fatalities related to work zone crashes, and about 39,000 injuries. Because work zones are common hotspots for tragic accidents, Delaware actually observes National Work Zone Awareness Week, to draw attention to th4e risks that work zones pose.

Highway workers are very often victims of these fatal crashes, but studies show that four out of five victims are drivers or their passengers. In fact, according to WorkZoneSafety.org, “a traffic crash occurred in a work zone every 5 minutes during 2019,” and on average, more than two people die in work zone-related incidents each day.

The specific risks of trucks in work zones

No driver these days is completely unaware of the dangers trucks pose to them and their smaller vehicles. The large behemoths rightfully inspire just a bit of wariness whenever one has to drive near them. That being said, there is a misconception amongst motorists that trucks are not dangerous — or at least, not as dangerous — when they are driving at slower speeds, such as when driving through a work zone. This idea is as wrong as it is deadly.

In truth, even though there are more passenger vehicles than trucks on our roads, trucks are involved in roughly one-third of all fatal highway work zone crashes. Whether it is hitting a pedestrian worker or colliding with another vehicle, the truck’s size increases the risk of life-threatening (or ending) injuries. Typically, truck accidents are often caused distracted or reckless driving, which can include both fatigue and road rage. If, for example, a truck driver is trying to force a merge due to a work zone lane closure, the resulting accident would be their responsibility. In a similar vein, if they fell asleep at the wheel or were “rubber-necking” instead of looking at the road, they could collide with a stopped car in front of them — and they would be liable.

Even when drivers are wide awake, aware, and experienced, they still pose a significant risk to workers, other drivers, and themselves. Examples of the risks that commercial trucks pose include:

Reducing the chances of a work zone accident in Delaware

With the amount of outside stimuli that typically surrounds a work zone (flashing lights, loud sounds, shouting, abrupt redirections, etc.), it is all too easy for drivers to get either distracted or fed up — or both. While an accident is always possible, because you cannot control the actions of others, there are ways you can mitigate the risks while driving through one: Pay attention to all signs, including speed limit signs, directions for onramps and off-ramps, and signs indicating new traffic patterns.

Who is liable for a work zone accident?

If you are injured while traveling through a work zone, there may be multiple parties who are liable for your injuries:

The only way that number will go down is if every motorist does their part to be safe, courteous, and alert. If you do everything right while driving through a work zone and you are still hit and injured by a negligent truck or other motorist, you have the right to hold them accountable for their actions and seek compensation for any pain and suffering they caused.

The Delaware truck accident attorneys at Silverman, McDonald & Friedman have the resources and know-how your case needs. We work tirelessly to prove liability and achieve the highest amount of compensation possible, with offices in Newark, Wilmington, and Seaford for your convenience. To learn more, call us today at 302-888-2900 or use our contact form to schedule a free consultation with a Delaware injury lawyer today.

Attorney Jeffrey S. Friedman joined Silverman, McDonald & Friedman in 2001. He graduated from Widener University School of Law, and is admitted to practice law in Delaware and Pennsylvania, and in several Federal Circuit courts. He areas of concentration include auto accident and workers’ compensation cases. Read more about Attorney Friedman here.