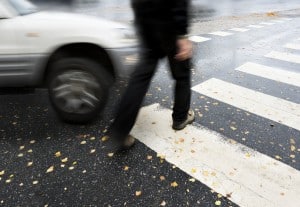 At Silverman, McDonald & Friedman, we have more that 100 years of combined legal experience helping clients just like you recover the compensation that is due to them when they become injured due to someone else’s negligence. We invite you to schedule a free consultation at our offices in Seaford, Newark or Wilmington to discuss your case today.

Pedestrian deaths continue to be incredibly high both in Delaware and throughout the United States and the traffic safety experts and officials can’t say why. In 2016, pedestrian deaths reached a high of nearly 6,000 (5,997), which is up 11% over the previous year; it is the biggest increase in pedestrian fatalities ever, and the highest number of fatalities, ever. Governor’s Highway Safety Association (GHSA) director Johnathan Adkins called the spike in pedestrian death “alarming.” Adkins went on to call the marked increase counterintuitive because as we make so many advances in making vehicles safer, the same cannot be said for pedestrians and cyclists. Pedestrian deaths increased by 27% between 2007 and 2016 while other types of traffic fatalities decreased by 14% thus causing pedestrian fatalities to make up an increasing proportion of overall traffic fatalities. (GHSA)

There were nine pedestrian fatalities in Delaware between January-June in 2015 and 18 in the same period in 2016. (GHSA)

What might be causing the spike in pedestrian deaths?

Some examples of the hazards that pedestrians face when stepping out into the world to get where they want to go on foot include:

Walking is a fun, free way to get to your destination while improving your health, so safety officials don’t want to discourage people from walking. They do want to encourage people to be alert and be aware of their surroundings when they are walking.

If you have sustained a serious injury as a pedestrian in a car crash, the team at Silverman, McDonald & Friedman are ready to fight to recover the compensation you deserve.

The car accident lawyers at Silverman, McDonald & Friedman will fight for your right to compensation for your injuries. We work with clients in Wilmington, Seaford, and Newark. Call 302-888-2900 or fill out our contact form today.